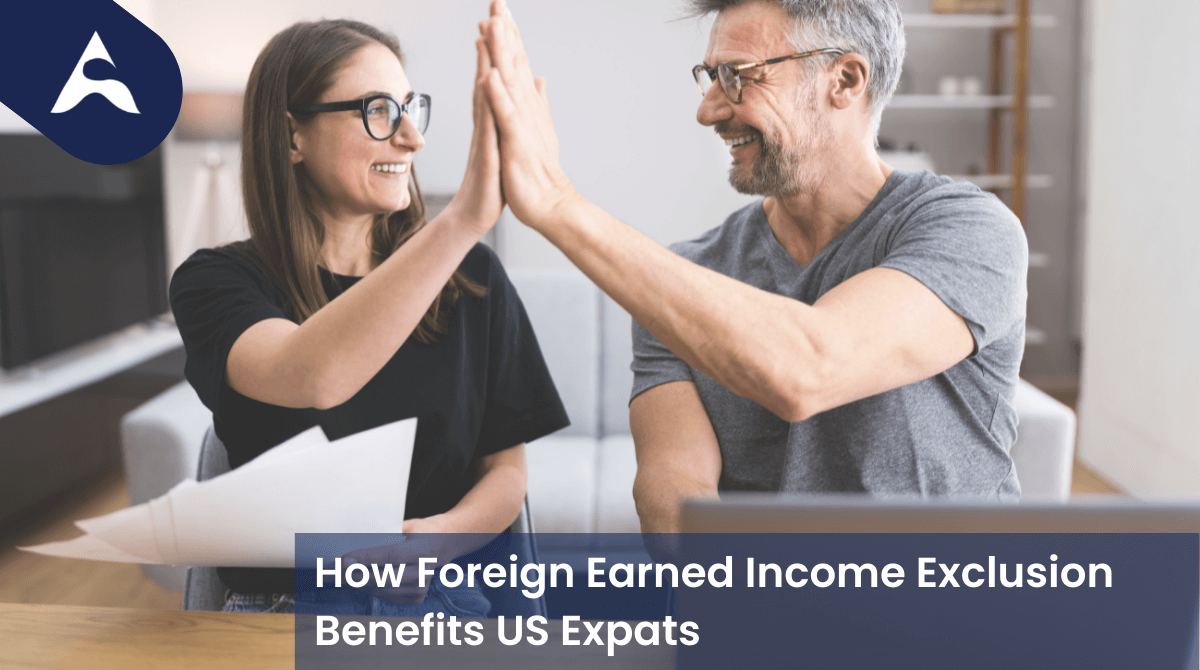 US citizens living abroad do have certain obligations towards US Taxes. The government has some rules and regulations relating to the taxes applicable to their citizens living in a foreign nation.

This article Foreign Earned Income Exclusion for US Expats offers a thorough guide on FEIE and clears some most frequently asked questions around foreign income inclusion.

What is the Foreign Earned Income Exclusion?

IRS calculate the taxes for US citizens on their worldwide income. As per IRS, ‘Foreign-earned income means wages, salaries, professional fees, or other amounts paid to you for personal services rendered by you.’

As a tax advice for US expats, the foreign income exclusion can be used to either reduce or completely eliminate their taxable income in the US.

In order to qualify for foreign earned income exclusion, the US expats need to fulfill specific requirements listed by IRS.

To be eligible for the FEIE, the taxpayer’s residence must be in a foreign country and they must have foreign earned income.

As mentioned by IRS, below are categories of citizens eligible for FEIE.

The eligible persons have to either pass the Bona Fide Residency Test or the Physical Presence Test.

How as a US Expat You reap the Benefits of Foreign Earned Income Exclusion?

If FEIE is being filled jointly as a couple, and the spouse also fulfills the FEIE requirements, you can exclude approx double the amount.

Additionally, a US expat can also claim foreign housing exclusion. Under the housing expenses comes reasonable expenses such as housing rent, utilities, insurance, etc paid or incurred during a financial year.

One can not include any lavish or extravagant expenses, the cost of buying property, purchased furniture or accessories, etc.

The foreign housing exclusion can not exceed a certain limit, and it varies for different locations. In general, it is 30% of the maximum foreign earned income exclusion.

How to claim the Foreign Earned Income Exclusion?

To claim FEIE, US expats need to fill out Form 2555 (or Form 2555-EZ in case you are not claiming the housing deduction) and file it with form 1040. One can also opt for a US expat tax consultation to know the details and complete the process smoothly.

US citizens living abroad do need to have sound knowledge on how to manage taxes and avoid double taxation. With the proper information, resources, and US expat tax consultation, filling for the Foreign Earned Income Exclusion can become an easy-going process.

Filing taxes while living and working abroad can be overwhelming and stressful. As an expat, your tax situation is very different and requires specialized American expatriate tax consultants. Get started with Smart Accountants Expat Tax Services today.

Previous Post Buying Property in Abroad as an American (US Expat)? What You Need to Know
Next Post How to Find the Perfect US CPA Firm for your Business Tax Needs?